Home 🞬 Opinion 🞬 How Gig Workers are Affecting the Future of Work

How Gig Workers are Affecting the Future of Work The number of U.S. independent contractors, also known as gig workers or freelancers, is annually increasing. While the figures vary widely, the U.S. Federal Reserve reports around 5 percent of workers are gig workers. Some reports, including a 2018 Gallup poll, contend that as high as one-third of the U.S. population have a gig work arrangement in some capacity. In the digital publishing industry, working as an independent contractor is more common than other industries with an increased number of creative freelancers, writers, and designers. More creative freelancers are lamenting that fewer organizations are looking for full-time hires in this area and that publishers are paying less while some are not paying at all.

Flexibility and additional income are two of the primary reasons why people become independent contractors. For 33 percent of independent contractors, gig work as their primary source of income, according to the U.S. Federal Reserve. While “gig work” may conjure images of Uber and Lyft drivers, workers who can’t find other jobs, or even unskilled laborers, research indicates this is not the case. According to a ManpowerGroup global survey, more than 80 percent of workers say independent contract work is a choice, not a last resort. A 2019 survey by Upwork reported “skilled” workers are the most common type of workers in areas such as publishing, designer, marketing, consulting, and technology. Increasingly, according to Upwork’s research, freelancers are viewing this work as more long-term, rather than a temporary, career choice.

While companies may have several reasons for hiring an independent contractor, such as the temporary nature of the job, one of the primary reasons is financial savings. Independent contractors do not typically receive the same benefits as employees, such as paid leave, retirement or pensions, healthcare, the ability to join unions, lack of job security, lower wages (in some cases), and the payment of certain taxes. According to the former secretary of labor Robert Reich, gig workers are about one-third cheaper than employees because they are on an as-needed basis and they do not receive benefits. The impact of this does trickle down to U.S. households. According to a U.S. Federal Reserve Report on the economic well-being of U.S. households, adults doing gig work are slightly more likely to be considered financially fragile (42 percent) than non-gig workers (38 percent).

Walking a fine line between a contract worker and an employee can be challenging. On September 18, 2019, the California legislature passed AB 5, a new law that takes aim at companies such as Lyft and Uber who the state claims are misclassifying their drivers as independent contractors, rather than employees. Regardless of the law, Uber will continue treating its drivers as independent contractors, according to a Forbes article. These proposed changes are not favored by all independent contractors.  Freelance writers will also face greater scrutiny in California with a cap of 35 submissions annually, which limits their opportunities to generate extra income. This new law will have an impact on the digital publishing industry.

California is no stranger to independent contractor lawsuits. In 2015, FedEx settled a dispute with its FedEx Ground drivers in California for more than $200 million as the state claimed FedEx drivers were treated as employees, rather than independent contractors. In multiple cases across legal issues, California has set a standard that other states eventually adopt.

Determining what makes a contract worker versus an employee is murky—the Internal Revenue Service has 20 criteria with no clear guidance as to which ones are more important than others. Some criteria include a continuing relationship between the worker and the institution, set hours of work, worker training or required attendance at training sessions; these would more likely signal an employee rather than an independent contractor. Conversely, flexibility in the time work, the ability to select whom to work for, and payment for completion of a job (rather than hourly or salary) are more likely to fall under independent contractor status. IRS’s interest in independent contractors is largely financial. Per the IRS, “there is revenue loss associated with lower compliance rates of independent contractors and service recipients compared to the compliance rates of employees and their employers.”

The AB 5 California law requires that a freelancer “performs work that is outside the usual course of the hiring entity’s business.” Based on this new California law, Robert Reich outlines three tenets for classifying workers as independent contractors:

With the increasing number of independent contractors, companies need to determine how to best align their temporary workers in the gig economy, according to the new Institute for Public Relations Future of Work report. Looking at issues that are affecting companies, internal communications executives in the IPR report said workers in the gig economy pose both challenges and opportunities. As more companies focus on engagement, the question then becomes how to best engage independent contractors, carefully walking that line between employees and contractors.

Outside of the question as to whether the worker is properly classified as an employee or contractor, there are some questions that companies need to consider: 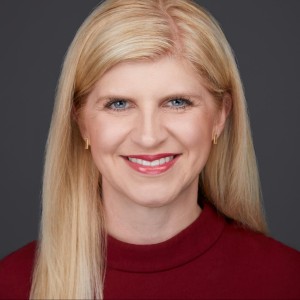 Tina McCorkindale, Ph.D., APR, is the President and CEO of the Institute for Public Relations. She taught as a professor for 15 years, and has more than 10 years of experience working in corporate communication and analytics. She has more than 150 presentations and publications in books and journals with a research focus in digital and behavior. She lives in Seattle, WA. Twitter